The 14th and 15th of September Cuatroochenta exposes in the Cupula del Milenio of Valladolid important novelties about 480 interactive within the firs exhibition ‘New ideas for new times’, organized by ASOFED 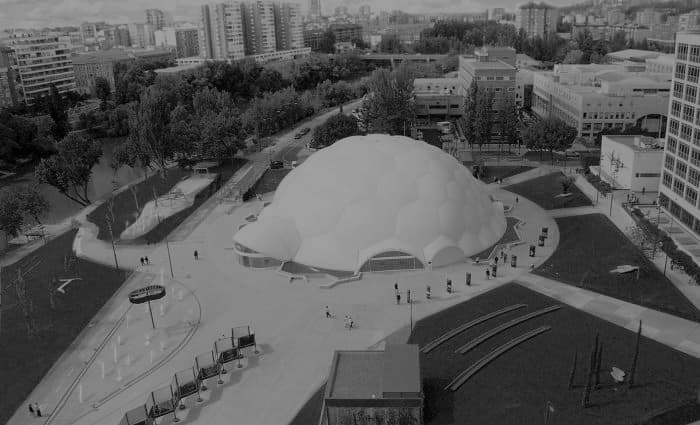 An outstanding place by the Pisuerga River where to exchange innovative projects. That’s the Cupula del Milenio, a building built for the Expo 2008 in Zaragoza and moved to Valladolid in 2011. Cuatroochenta will attend next weekend the first exhibition ‘New ideas for new times‘ (NiNt) held on September 14 and 15.  There we will expound important novelties about 480 interactive; the tool developed by Cuatroochenta to turn Adobe InDesign files into interactive publications for iPad and Android tablets.

The new Suite 480 interactive is a comprehensive solution for graphic designers, multimedia publishers, advertising agencies and companies of all sizes seeking to create, modify, distribute and monetize interactive content and publications for tablets. Without programming skills you can exponentially increase the possiblities and features of magazines, newspapers, ebooks, comics, catalogues, yearbooks, reports, manuals, presentations….in which you can include videos or panoramic images and 3D.

Cuatroochenta will show in the NiNt the main peculiarity of 480 interactive: its easy accessibility.

Any company, agency or freelance designer can use the tool without any initial investment nor any type of commitment, creating their app projects for free. The only cost is the one of publishing their app on Apple Store and Google play. And doing so in two ways: Single App (one app with one publication; such a catalogue) and Multiple App (one app with several publications, such as a weekly magazine).

With 480 Interactive Suite, the agency or freelance designer can continue on focus on the strategic and creative part of the publication, expanding their business opportunities at no additional charge. Its commercialization works by monthly or yearly subscription, which allows the end customer to publish their apps with no need of a large initial investment. In three simple steps (create, test and publish) with the support of many tutorials and direct support from Cuatroochenta you can get the long-awaited leap to tablets. Prestigious international publications such as Global Asia already use 480 interactive to enhance and expand its distribution.