The success story for classified advertisements apps, Encuentra24, leader in Central America with 1 million users, has been developed by Cuatroochenta 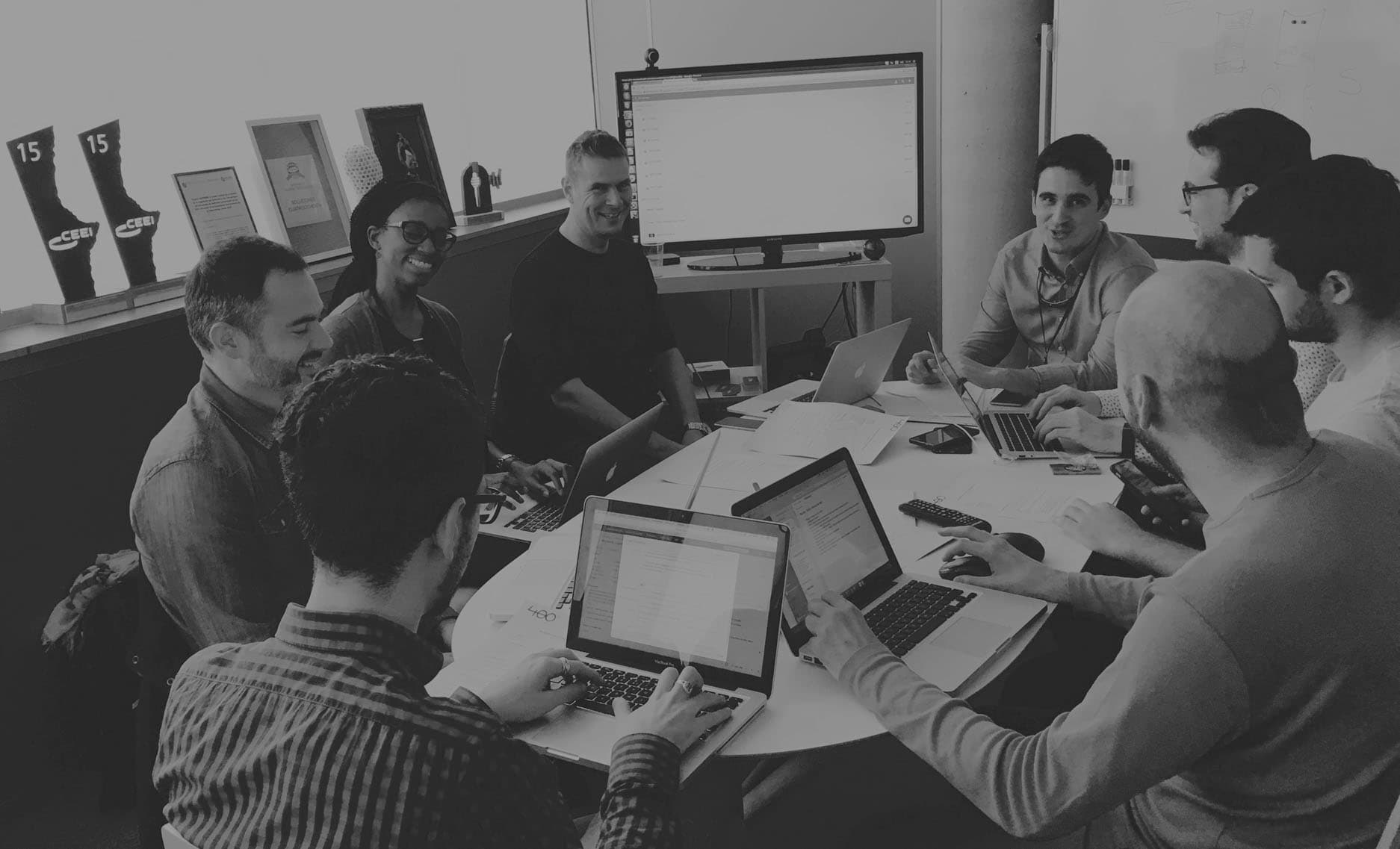 Wendy Jordan and Boris Mètraux (to her left side), together with the members of Cuatroochenta team at their offices in Castellón.

“I remember how difficult it was for us in 2005 to find an apartment and an office in Panama. In fact, that experience was precisely what made us see that there was a very clear need and an opportunity to offer a solution”. That was the simple explanation provided by Wendy Jordan, COO and co-founder of Encuentra24, the leading portal of classified advertisements in Central America with around 6 million monthly visits which, in less than one year, has managed to get its new app developed by Cuatroochenta, downloaded a million times by 200,000 active users(between Android and iOS).

The Panamanian businesswoman, who started her studies in Medicine and finally opted for entrepreneurship together with her partner, Boris Métraux, CEO and co-founder, speaks with light in her eyes about their great personal and professional project.  That which began as an uncertain adventure is, 10 years later, a leading example in Panama (where it is the fourth most visited website in the country in absolute numbers), Costa Rica and Nicaragua. The site to which people spontaneously go to buy and to sell properties, business premises, vehicles, domestic appliances and, from this year, to give employment offers.

The key? The clarity of the interface, the simplicity of managing the tool and to have succeeded with a model of business freemium to answer the need that was detected: Encuentra24 does not intermediate nor receive commission from the buy-sell transactions, which are carried out out on the system.  Access is free, both on the web and the app, and the user has the option of investing to ensure that their advertisement has optimal visibility with highlighters(platinum, silver or gold identifiers).  It is that simple.

The great challenge for 2016 was to extend the website’s impact radius with a native app that very attentive to metrics, can be adapted to the habits of their users. With Cuatroochenta’s collaboration, Encuentra24 has managed to offer a tool that makes the transactions even more agile and comfortable for the users on their mobile devices. With updates to respond quickly to their new demands, as the valuations and positive comments on Google Play demonstrate: almost 4,000 ratings, of which 3,100 are 5 and 4 stars.  The last update incorporates the purchase of highlighters, user plans and credit purchases from the very application.

Participated by an investment fund and growing

The result, a very significant transfer of users from the web to the app, largely complementary, and a growth of 50% in the last year, which, in the category of cars, for example, is translated into the generation of 2.6 million contacts by telephone or e-mail. An evolution which has not gone unnoticed by the investment fund of the Malaysian Frontier Digital Ventures, which belongs to Catcha Group, which has positioned the company in two phases up to achieving 38%.

According to a report carried out by e-Readiness, online purchases will grow 13% per year until 2018 in Latin America, only being overtaken by the Asia-Pacific region worldwide, which makes the future of Encuentra24 even more encouraging.  With an office in Switzerland (Boris Métraux is Swiss), the Cuatroochenta team maintains periodic contacts with the people in charge of the Panamanian company to continue treating it as their own project, since it is one of the most downloaded apps during its 5 year trajectory.  Undoubtedly, it represents a success story which fulfills its motto: “If you publish it, you sell it”.