Want the path between a happy idea and an app that people want or need to have on their mobile phones or tablets? In 2014, we tried to explain in videos how to convert a dream into an app, to show that we are a multidisciplinary teamwork that lovingly looks after the whole development process of a mobile app, from its inception till its downloading. In fact, during the direction of the ad, we were tempted to simulate a manufacturing machine of apps, seeking to create an aura of mystery. But the reality, as you know, is much more prosaic. The secret of a good app, an app that operates and generates business, is nothing but good job done continuously and with a method. Starting from a good idea is no doubt very important, but with a comprehensive approach that distributes proportionally the efforts and resources that we will allocate. Based on our experience of almost 5 years of apps development, Cuatroochenta’s method is summed up in 10 steps: 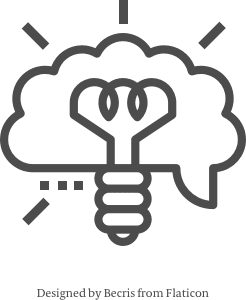 In the middle of a work meeting or a meal with family and friends, the spark happens. In our minds the ideal app is drawn, (I can even see its icon on my mobile phone), an app that solves a specific problem, presents a product in a better way, complements a service, and even the one that I’m sure will be one hell of a global success. According to the contact form on the website of Cuatroochenta, this happens usually on Sunday afternoons.

Am I sure that no has thought of it before? Maybe it’s better to just wait till Monday before making a move. Getting back to reality, I put order into ideas and draft them on paper. I verify Google Play and App store to make sure that the app I’m thinking about doesn’t already exist in tens of thousands of mobile phones. I contact a professional apps development company who has experience and, at the same time, willing to listen and get involved in my project. Say you talk about Cuatroochenta.

3. The conceptualization. For what and for whom?

That company will help you study and achieve the goals you want to achieve with this app, be it a business or based on one already there, aligning them with other business and communication strategies. The company will also analyze the characteristics of the user the app aims to target in order to determine its functionality and structure.

It’s time to formalize the proposal (we call it OP, of opportunity), in which a functionality scheme is made after revising the processes of the service and/or product linked to the app, its users, materials, and resources (data, documents, multimedia material, etc.). Some technical decisions are also made like: it is for smartphones, tablets, or both? Android, iOS, or both? Which version of compatible operating system? In addition, the customer will also know about development planning, schedule, and the team that will work on its app, and of course the cost of production. 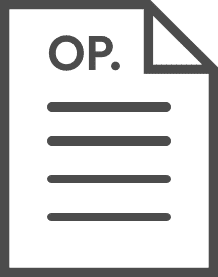 Based on the approved proposal, the design team is responsible for maximum performance offered by different platforms to develop friendly interfaces (UI, User Interface) that provides an optimal experience to the user (UX, User Experience). You know it as a user: if an app is not attractive and doesn’t work well, it won’t survive more that two micro seconds on your mobile phone. Competition is fierce and, first of all, an app must get through the eyes and the fingers. With the design of screenshots, which will guide the programming of the app, you’ll start to see a glimpse of what your initial idea will become.

6. Programming the app and the server part.

Once the designs are approved, the idea becomes reality and the developers write color codes with a black background, and voilà, the app starts walking. In both Android and iOS, Cuatroochenta programs in native language for the app to have the full potential that the mobile phone allows. In Android, we use Java and Android Studio and in iOS, we use Swift and XCode. Regarding the server part, we usually program it using LAMP (Linux+Apache+Mysql+PHP), but we can adapt ourselves if the customer chooses a different way. It looks like a mess, but the result is that, in the end, it’s easy to manage an app. 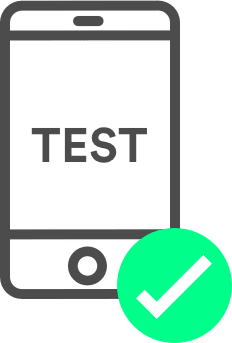 Once finished the customization and app programming, it starts one of the crucial phases of an app development: the testing, something like optimizing it. In our case, the beat-testers team is responsible for making the Alpha tests internally, while beta versions are installed for the customer on a weekly basis so he can see the evolution of the app and propose relevant adjustments or modifications before its final approval. In this regard, Cuatroochenta offers a quality control system (Quality Assurance) that ensures a high level of customer satisfaction through the use of projects’ management online tools (JIRA) or specific testing staff. Meanwhile, it would be a good idea to train your staff who will handle the Webmaster (it won’t be needed if they are used to CMS like WordPress) so they learn how to manage it before its publication.

8. Publication (with no rush).

You have your app: now you have to introduce it to start with getting downloads. It’s a common mistake to invest 100% of your energy and resources in the previous 7 steps, when the last three are as important or even more. As explained in this guide, in order to launch app, you definitely need to plan the publication and the launching starting from its inception to avoid making it one of the million zombie apps out there in the stores, namely 80% of those published. In other words, to become part of the select club of 25-30 apps that the average user has downloaded to his mobile phone, you need to work hard. So, don’t rush it and hit the publish button in Google Play and App Store (in the latter case after a period of validation that might be up to two weeks), make sure you know well about your competitors and users potential, choose right the name, key words, category, and description of the app (leaning on tools like Google Trends and Sensor Tower); also the design of the icon, the screenshots, and the video. Finally, determine the axes of communication; what is the hook of your app? And if it’s worth creating a specific microsite.

It’s important to seek immediate downloads in the hours and days following the publication of an app to ensure good output in ASO (App Store Optimization, first cousin of SEO), so you must synchronize all your actions. Depending on the app, the objectives you intend to achieve through it, and the audience it addresses, you should activate with different intensity the strategies and communication channels within our reach: ASO techniques, online and guerilla marketing, relationship with media, contact with influencers, broadcast in social media, branded content, conventional ads…Companies like Cuatroochenta offer their customers the planning and/or launching execution, from SEM campaigns to a media plan, including the creation of multimedia content and spreading press releases, as well as specialized staff to contribute to the success of your app.

As the artistic and sports cliché says, once you get there, the hardest part is staying. For your app to stay alive, it is essential to monitor it and measure results (Analytics, App Annie…), in order to optimize marketing and communication efforts or plan enhancements and upgrades. In this continuous improvement, which includes the management and the spread of the app, it’s important to use tools as simple as push notifications (direct messages through the app) to maintain the connection with the user. And although it seems patently obvious, once you get to know your own app and how it works at the user level, you’ll know how to develop it: don’t disconnect from your own app, it is in your hand.