Alfredo R. Cebrian (Cuatroochenta) collects the Bancaja Young Entrepreneurs Award and the Student Entrepreneurship Award from the Social Council of the University of Castellon

Cuatroochenta has been awarded with two prestigious awards in recent days. They were notified in December 2012 and have been received now. Thus, last February 22 we were one of the protagonists of the 22nd anniversary of the University Jaume I. An act held in the main auditorium of the University where Alfredo R. Cebrián -one of the officers of the company- collects the Bancaja Young Entrepreneurs Award and the Student Entrepreneurship Award from the Social Council of the University of Castellon by the Chairman of the Social Council, Rafael Benavent, in the presence of the rector of the university, Vicent Climent, and the Director-General of the Valencian Region Universities, José Miguel Saval. An ex aequo award, shared with Diseño Low Cost (Low Cost Design), who we want to congratulate again.

On the other hand, last Monday the 4th of March it was held the 18th Bancaja Young Entrepreneurs Awards in the Cultural Centre of Bancaja in Valencia. An act which involved the Regional Minister of Economy, Industry, Tourism and Employment of Valencia Region, Maximo Buch, and the Chairman of Bancaja Foundation, Jose Maria Mas Millet. On this occasion, Cuatroochenta received one of the five awards in the category of technological development, services and business model. Another company located in Espaitec, which houses Cuatroochenta facilities, also received a special Award: ActualTec. A dual recognition for a first year of intensive work and a backing to the ambitious projects we are undertaking for 2013. Many thanks to the juries of both awards. 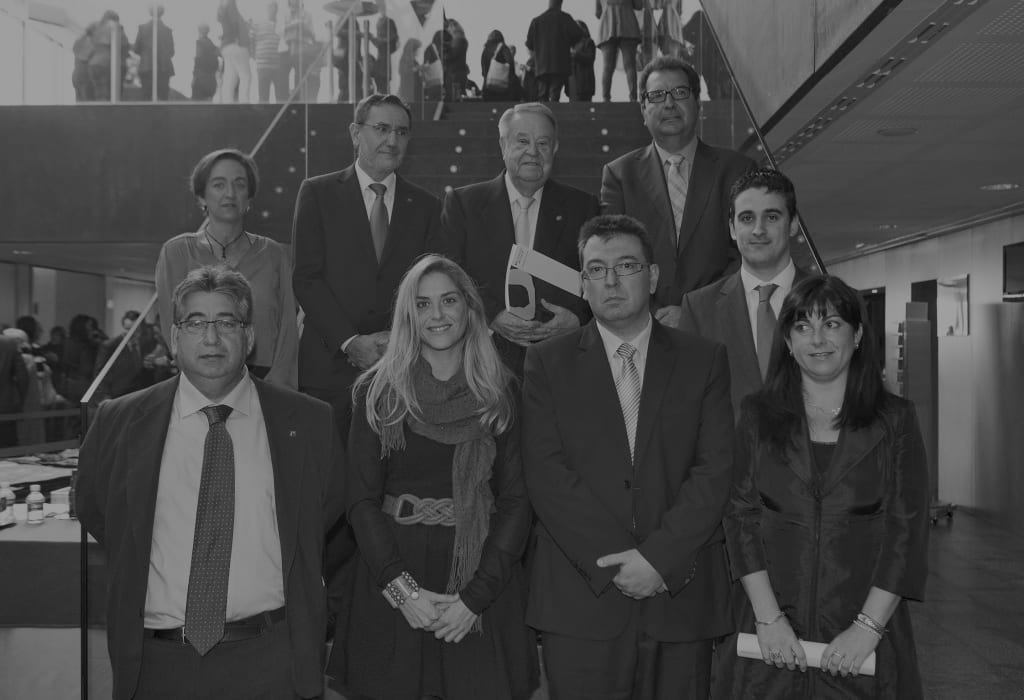 Alfredo R. Cebrian, on the right, in the photo of the award-winners of the eighteenth edition of the Bancaja Young Entrepreneurs Award